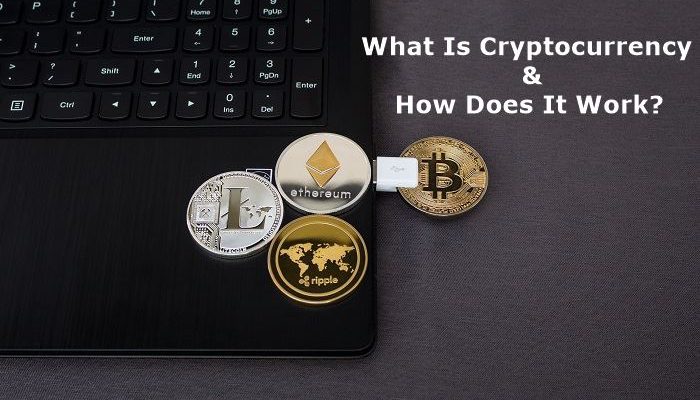 Cryptocurrency is gaining popularity with every passing day. There are hundreds of cryptocurrencies, but many people still find the concept confusing. This article will tell you what cryptocurrency is all about and how the digital money works.

Cryptocurrency is formed from two words; crypto which stands for digital encryption and currency which means a system of money. Cryptocurrency is a decentralized digital currency protected by an encryption and exists only on the internet out of the control of central banks and government agencies. There are no banks or middlemen in cryptocurrency as it is transferred from peer to peer within a distributed system using open source software. Cryptocurrency is used to verify transactions which are recorded in a digital public ledger known as a blockchain.

Cryptocurrencies are part of a larger group of alternative currencies, and they are 100 percent digital, which is why everything about them happens via the internet. Since Bitcoin, which was the first cryptocurrency was released in 2009, there has been a frenetic release of more than 1000 digital coins including Ethereum, Litecoin, and others.

How Is Cryptocurrency Stored?

Unlike fiat currencies that are stored in heavily-fortified bank vaults, cryptocurrency is stored in digital wallets on a blockchain system. You can access your wallet from anywhere in the world provided you have access to the internet.

How Does Cryptocurrency Work?

Cryptocurrency works on a principle similar to traditional bank credit on a debit card. There are highly sophisticated systems that issue currencies and track transactions and balances as the debit card user goes about buying goods and paying for services with the card. But instead of banks and government agencies regulating and issuing the currency, an algorithm records and issues digital currencies in cryptocurrency. 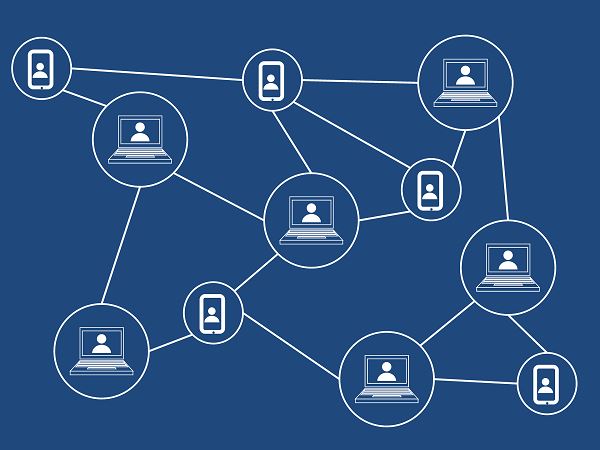 How Does A Blockchain Work?

Whenever a peer-to-peer transaction is made on the blockchain network, the transaction is sent out to every wallet that has access to the ledger, i.e. the full-node wallets. The ledger shows the value of the transaction, but the identity of the person is encrypted. There are some users called miners who then verify the transaction by solving cryptographic puzzles made up of complex mathematical calculations. Miners use open source software and specialized mining hardware to solve these problems. When the puzzle is solved, a new block of transactions are recorded in the ledger. For their efforts, miners get coins as a reward. Due to the huge computational power needed to solve these calculations, miners sometimes pool computing power to solve the puzzles, and they also share the new coins. A transaction is verified if the majority of miners submit the same transaction data in a system of consensus among the nodes.

A node is a point of connection or intersection within a network. In cryptocurrency, a node refers to a computer that is part of a global cryptocurrency network. A node communicates with the network through a protocol such as the Bitcoin protocol that computers on the network use to communicate with each other. The function of nodes is to create transactions and blocks. The nodes that can participate in the verification of transactions and updating of the public ledger are known as a fully validating node.

A fully validating node receives transaction data and performs an independent verification of the transaction, and it compares the transaction with the one on its copy of the ledger to verify whether the funds have been spent more than once. If a node sends incorrect transaction data to another node, the node cuts off communication with the erring node. The way the system is set up, a node that sends incorrect data will stop receiving information from other nodes. After verifying the authenticity of transactions, nodes transmit the information to miners who then queue the information into blocks that are recorded in the ledger in sequential and chronological order. 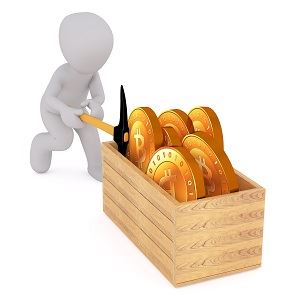 Mining of cryptocurrency is the process through which transactions on the network are verified and recorded in a public ledger called a blockchain. Mining is also how new coins are produced. To be a cryptocurrency miner, you need to have the appropriate software, hardware, and internet access.

Mining is done with open source software which can be developed by anybody free of charge. In the past, people relied on computers to solve the mathematical problems required to verify transactions on the blockchain.

However, as the puzzles became more complex, it became evident that everyday computers will not be able to handle the calculations due to the huge amount of computational power and electricity consumption required to solve the puzzles. Nowadays, some companies build task-specific mining hardware that can be connected to a computer to solve the puzzles in return for new coins. There are also many mining pools where people share computational power and also share the rewards when they mine new blocks.

Miners compile the most recent transactions into blocks and then solve complex puzzles to verify the transactions. The first computer or pool of computers to solve the puzzle will be the one to add the next block to the blockchain and receive a reward known as the block reward.

In a cryptocurrency such as Bitcoin, the block reward of mining new blocks is halved every 210,000 blocks. The algorithm adjusts the complexity of the cryptographic puzzles to maintain a constant rate of new block discovery. The higher the computational power of miners, the more complex the puzzles become. 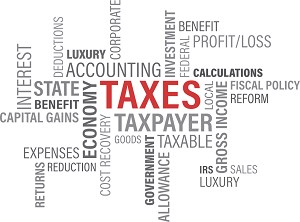 While cryptocurrencies are out of government regulations due to the decentralized structure, earnings on cryptocurrency can still be taxed.

It is important to know the tax implications of cryptocurrencies to avoid breaking tax laws.

Whether you are buying or selling cryptocurrencies, the transaction is taxable.

Cryptocurrencies are an alternative to traditional paper currency. They can be used to buy goods and services from businesses that support the feature. You can also make money from trading cryptocurrency. One way of making money from cryptocurrency is to buy at low prices and sell when the prices go up. There are many digital asset exchanges in the world, but the biggest is Coinbase. Users can buy different types of cryptocurrencies including Bitcoin, Ethereum, Litecoin and many others using fiat currencies such as the US dollar and GBP.

I hope you enjoyed this post and if you have any questions about Cryptocurrency or you just want to leave your own personal experience with Cryptocurrency, leave a comment below. I would love to hear from you.

4 Comments on “What Is Cryptocurrency And How Does It Work?”